The clock struck midnight but the art110 facebook group was struck with an even greater tragedy. It seems that Monday morning marked the end of the counterfactual identities. 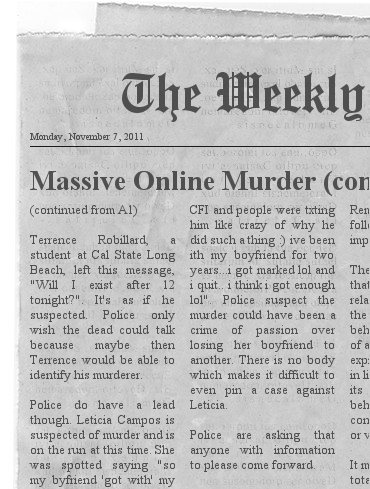 Why do the good die young? We may never know what happens to a counterfactual identity once it has stopped making its presence known.

Last Thursday was a new episode of It’s Always Sunny In Philadelphia, which i did not get to watch because i was at movie night watching About Love. I got busy watching Dexter, helping people with P10, and doing school work that i forgot to watch the episode i had missed. It wasn’t until i graded Keith Hernandez’s project that i remembered the episode.

Just my luck that the one episode i don’t watch turns out to be about counterfactual identities. Keith and two of the characters on the show make up an identity called Dylan Toback. “The Gang” on the show go on a wild goose chase trying to figure out who is the real Dylan.

For now i leave you with this gif from my favorite youtubers, Regular Ordinary Swedish Meal Time.

Terrence was an interesting character in that, he was more of an aware character than all the others. Other counterfactuals tried to blend right in while Terrence knew something was wrong (think Neo in the Matrix). Ryan also had a great xtranormal video to go along with his project.

I made the mistake of looking at the entire wiki page before i saw the video at the top of the page. In that video (below), Kaitlin explains why she chose to do her project about an 11 year old boy.

When i came across this, i immediately shared it with the rest of the TA’s. They were not all present but i assumed we were all in tears. It was very touching and very brave of Kaitlin to allow me to share this video because it is so personal, sad, and beautiful.

Above is the vlog that she made to wrap up the whole project but if you click on Kaitlin’s name at the top, you can go to her page and see the interview she has with her unborn sibling and the children’s online games she signed up for in order to fully realize the brother she missed out on.

No, i did not mistype the title of this section. Raeha really did do 4 identities. She is a film major with a focus on screenwriting so writing characters is her line of work. What she essentially did was take a Victorian era soap opera and had them make facebooks and tumblrs. The result is kind of like those images you find on stumbleupon of what would happen if the presidents from the past had facebooks and weren’t so proper with their language. 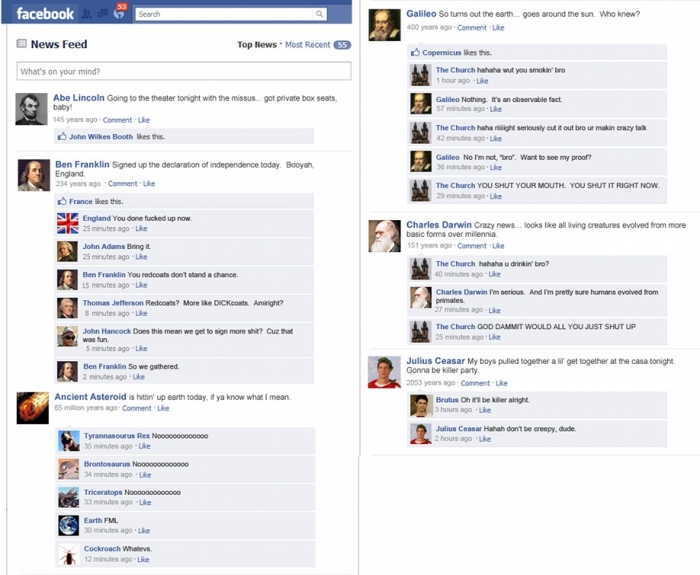 Below is Raeha’s vlog but if you follow the link by clicking her name, you will find an interview of one of her characters using questions asked to Paris Hilton and much more.

I am a student at CSULB. I major in Biology and minor in French. View all posts by Liz Juarez