I know that some of you might be over this, but keep at it! Just one more week and they are due and then you’ll just have to worry about presenting your galleries.

Here are some P6’s that really caught my attention and were completely awesome. Mind you if you aren’t on here, it doesn’t mean that I didn’t like your galleries. They were all awesome.

Holy &#!@!!!! ((Please excuse my french)) This gallery is totally awesome. The epicness of epic. Sounds like I’m favoriting. However, looking at this gallery is truly amazing. You can see the pain, frustration, and inspirations that this group put into their gallery. I love how they use the water scrips to give the gallery a motionful, underwater atmosphere. The dangling pom-poms look really cool too. 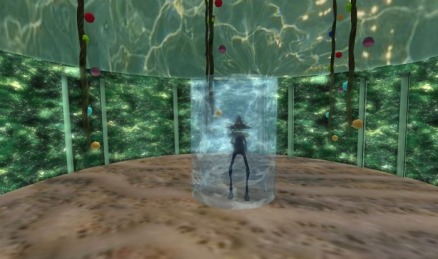 I love how Tatsuya set up his projects. They are always so neat, indepth, and just too cool. He showed how his group spit up the work of their galleries, and even showed what each and every person in the group was doing. Very nice. 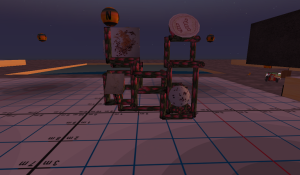 I love how Kelly’s gallery is coming out, and how they have big plans to make it even better.

Vanna had great pictures for his gallery. But it was his Vlog that got his win. Video bombing and “ghostly” interactions. ❤

Congrats to those people who did the project this week. I know that we asked a lot of you to go see your artist in person/SL/Skype but it was one of the best ways to get to know your artist other than what Google had to say about them.

One of the main issues that I kept running into was the renaming and resizing of photos. That should be the easy points, not the ones that bring down your grade. If you don’t resize your photos then it might take forever for your page to load, and if you dont rename your photos to something unique and pertaining to the project, then your photos might get overwritten with someone elses pictures. If you guys are still having trouble with this then come see us in office hours. Also if you are having trouble embeding your videos please come to office hours so we can help you.

Also, we did ask for the artists’ responses to your questions. Some of you guys didn’t even type them out. You might have had them in the videos that you recorded but we wanted them written out on your wiki. Be happy we weren’t grading down on that.

There were a lot of great P4’s out there though. And some projects with lots and lots of pictures. I like pictures. So it was cool to see all the photos that were take of your groups and artists. Here are some that I really did like

Vanna Chem’s P4 was awesome. Vanna and his group recorded their skype meeting audioly, visually, awesomely. What was better was that he and his group were able to show themselves so that way Potholes could see who they were talking. Awesome Job Vanna.

I was impressed with all the research that Guadalupe had on her page. Half of it was on what she researched on the Gracie Kendal. But what was even more impressive was that Guadalupe saved the whole conversation box of the interview. And of course Lots of pictures, awesome picture. Kudos to Guadalupe and her group for meeting with Gracie Kendal together. 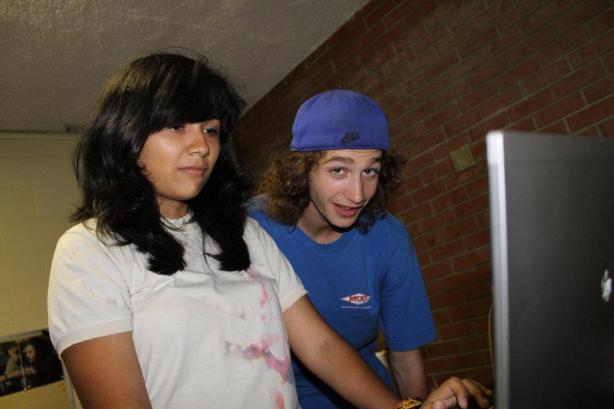 Tyler Denering’s P4 was awesome! though he didn’t write down the artist’s responsesBUT ANYWAYS. There were so many awesome pictures. It looks like he snuck away from the artist and took pictures of amazing works, then snuck back to take a photo with his artist. Amazing work.

And The P2 Winner is…

Jett Montoya! Look at this video! I love it, it’s a goodie. Great

job, extra points for you!

… but don’t think I wasn’t going to mention the awesome-ness at the end of Jeronimo Moran’s video.  Crazy random shovel solo by Tyler Denering! I thought it was super cool.

I just finished looking at P2 for the 11a peeps with last names beginning with A-D.

OMG SO much nice work! Really hard to pick who to feature in this blog post with so many of you “worthy” – but I’ll try.

That Brianna Bracy made a really nice video, but I already went on about her last week, so lets spread the love around a little! Actually, one cool thing about her nicely edited video is that the audio on the live speaking parts is bad (distorted)… no, it’s not exactly cool that it’s bad, but what I mean is that we’re makin these vids to develop the ability to quickly put out a decent vid to go with almost any project. Whatever it is it’s a little richer with a short video with it. So mistakes are “cool” because you usually don’t repeat them, you figure out how to do it better! 🙂
http://art110.wikispaces.com/Bracy-Brianna-P2

Amelia Benavente made a clever video that’s both fun and informative. Since she licensed her work Copyright All Rights Reserved I’m not allowed to embed her video on my blog, but it’s well worth the click to go over to her place and check it out:
http://art110.wikispaces.com/Benavente-Amelia-P2

As the caption says, the pix above is Kevin Barrett’s best friend Erin Duffy. Kevin did a great project and it was touching to hear that they did the project after watching his girlfriend and her best friend leave for college. Aww… so sweet… so sad… ah, life… ah, art & life…
http://art110.wikispaces.com/Barrett-Kevin-P2

Another great, inspired, above and beyond project by Tatsuya Ando!
http://art110.wikispaces.com/Ando_Tatsuya-P2

And finally, an awesome project by Tyler Denering! That’s his “Hobo Drumming” at the top of this blog post, and below is his project! 🙂
http://art110.wikispaces.com/Denering-Tyler-P2

So much nice work you guys!
Thank you!
See you in class! 🙂